How good can the Aggies be with a 3 point threat?

Interesting stat, this year's Aggies are shooting New Mexico State's highest percentage from 3-point range since that run-and-gun team in 2010 that lost to Michigan State in the NCAA Tournament.

The difference is of course, that every NMSU team since that year has been built on the defensive end of the court. 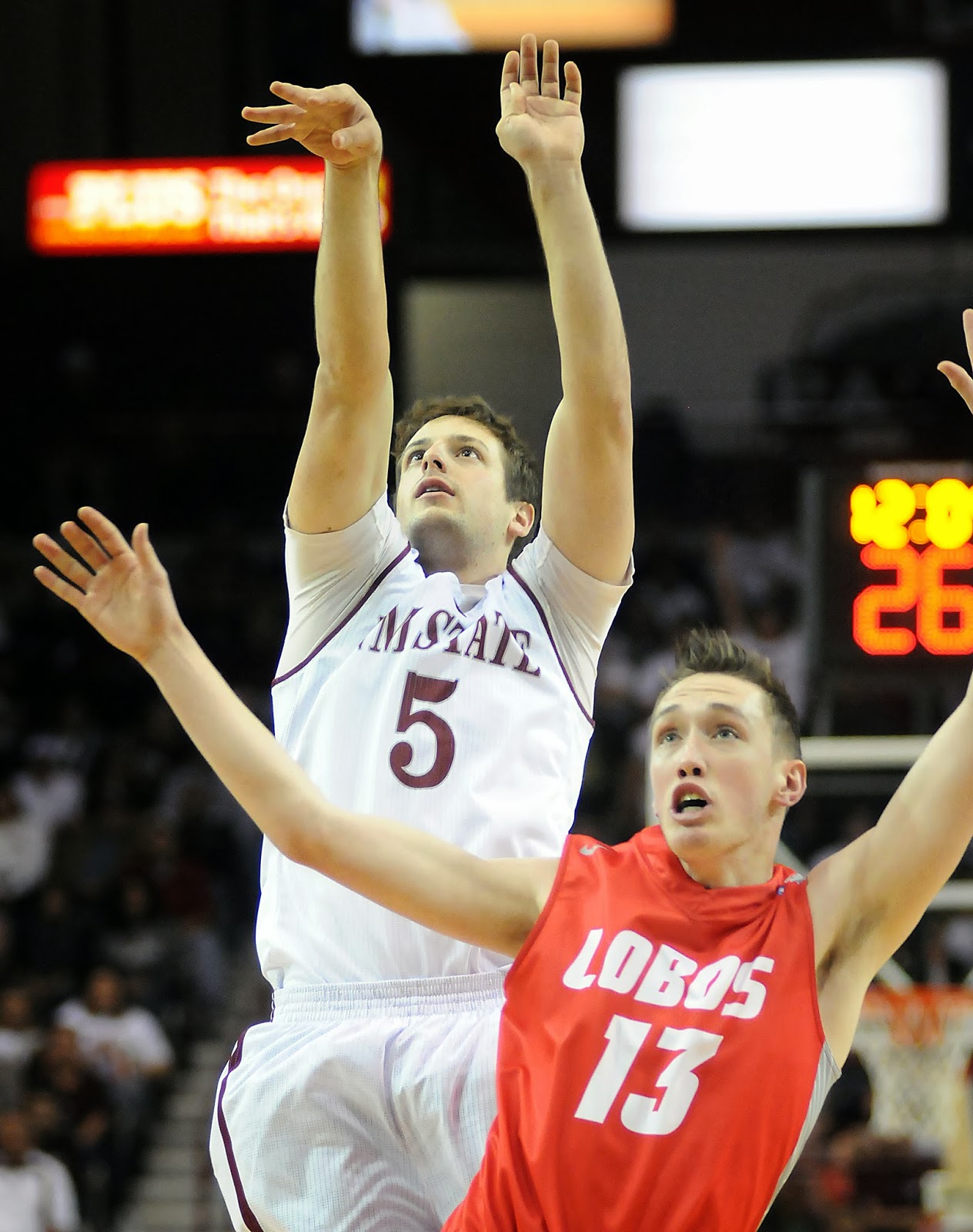 Tyrone Watson and Bandja Sy were great Aggies, but perimeter shooting was not their strong suit. Those minutes have been replaced this year by more capable offensive players such as DK Eldridge, Kevin Aronis and Matej Buovac along with the improved play from KC Ross-Miller.

The Aggies have made  7 3-pointers in three of their past four games against D I opponents. The Aggies have been especially effective in the first half, giving the Aggies some early breathing room and opening things up for the post players as the game wears on.

"When you are scoring from the outside like we have been as of late, it opens it up for the interior," NMSU coach Marvin Menzies said. "It gives the interior guys one-on-one matchups where we feel like we have an advantage."

Menzies said it wasn't a matter of being more aggressive early in games, but a matter of hitting shots that are open.

"Guys are free to take shots and free to play offensively," Menzies said.

With an effective outside shooting game, the Aggies are significantly a better team. It just opens up everyrthing under the basket for the bigs as well as allowing somebody like Mullings the lanes to drive to the basket. They have done well the last few games and hope the outside shooting continues on the upswing. On a different note, have you heard anything about Sim's status and what is your take about the mess at UTEP?

I agree - being able to consistently produce from the outside will be a boon for this team. It's the kind of threat they'll need to pose to have chance of an upset against the type of upper echelon team they're likely to face in the tourney.

Sad about UTEP - I mean, eff the miners and all that jazz, but you hate to see a program go down because of some stupid decisions. It will also probably end up hurting our RPI if they end up at the bottom of C-USA.

The Aggies will win the WAC (tournament included) by shear talent, ability, and size. But to knock off a quality team in the 1st round of the tournament, they will need some outside shooting. Last March, SLU completely clogged the interior and did a great job denying Sim any touches. The fact that DK, KCRM, MB, and Aronis can flat out shoot it this year makes them a tough match-up for most teams including those from the BCS conferences. Good stuff for the Aggies.